LGBTQ is an acronym for Lesbian, Gay, Bisexual, Transgender and Queer (or Questioning). In general, the LGBTQ community is highly inclusive of a broad range of differences. In this article we’ll refer only to sex and sexual orientation, both very different concepts, both are protected characteristics in many Equality Laws. (Germany also includes gender identity as a protected characteristic)

When learning about LGBTQ identities and terms, first, we need to differentiate the words sex and gender.

Sex: In the UK and Ireland there are only two sexes from both a biological and legal standpoint: male and female. Intersex individuals are born with any of several variations in sex characteristics including chromosomes, gonads, sex hormones or genitals that do not fit the typical definitions for male or female bodies. Sometimes intersex characteristics are apparent at birth (doctors still allocate the baby as either male or female). Some societies (e.g. India) have a third biological and legal sex categorisation for intersex people. Approximately 1.7% of individuals are born intersex. Purely for comparison, 1 to 2% of people have ginger hair.

Gender is a social and cultural construct with expectations and norms around behaviours, clothing types and likely interests. Many people do not subscribe to the binary nature of gender as male = masculine (masc/butch) and female = feminine (effeminate/femme) and consider gender to be spectrum of personal expression. A person’s gender identity is their personal sense of their own gender, to avoid causing offence simply ask for their preferred pronouns: he/his, she/hers, they/theirs (non-binary).

Gender Dysphoria is the distress a person feels due to a mismatch between their gender identity and their sex assigned at birth. Some people undertake gender confirmation surgery or take hormones so that their body aligns with their gender identity, medical notes may refer to such people as transexual (these days individuals tend to prefer the umbrella term transgender). Other people may take non-medical action (clothing, behaviours etc) to express their gender identity.

Transgender (shortened to trans) is an umbrella term for people who have a gender identity that differs from the sex that they were assigned at birth, and people who believe that gender is a spectrum rather than a binary male/female option. Transgender includes terms such as androgynous, non-binary, genderfluid, mixed gender and no gender. The opposite of transgender is cisgender, which describes individuals whose gender identity matches their assigned sex at birth. A trans man is a man who was assigned female at birth, a trans woman is a woman who was assigned male at birth. 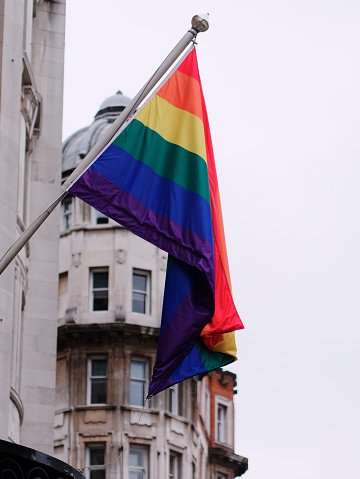 Secondly, when learning about LGBTQ we must consider Sexual Orientation

Sexual orientation is an entirely separate subject from your sex or gender identity, it refers to who you are sexually attracted to. Here are a few of the most frequently occurring terms.

How much did you understand?

Can you unravel these identities? Gender Expression + Sex + Sexual orientation. How do you identify?

For further insights into how to be a better LGBT Ally – a person (typically straight) who supports the LGBTQ community and discuss practical steps to create a more inclusive workplace please contact your MPI Learning representative.

How AI Will Disrupt the Learning and Development World
Learning Bite
Why Leadership Development is important for success
Learning Bite
MPI Learning publishes a Leadership Book
Blog
International leadership experts share their proven world-class expertise and thinking on how to lead
Is hybrid working heaven or hell for wellbeing?
Learning Bite
Could Unconscious Bias derail your career?
Learning Bite
The Signposts of good Selling
Exercise

If you would like to know more please get in touch

You have Successfully Subscribed!

XWe use cookies on our website to give you the most relevant experience by remembering your preferences and repeat visits. By clicking “Accept”, you consent to the use of ALL the cookies. However, you may visit Cookie Settings to provide a controlled consent.

This website uses cookies to improve your experience while you navigate through the website. Out of these, the cookies that are categorized as necessary are stored on your browser as they are essential for the working of basic functionalities of the website. We also use third-party cookies that help us analyze and understand how you use this website. These cookies will be stored in your browser only with your consent. You also have the option to opt-out of these cookies. But opting out of some of these cookies may affect your browsing experience.
Necessary Always Enabled
Necessary cookies are absolutely essential for the website to function properly. These cookies ensure basic functionalities and security features of the website, anonymously.
Functional
Functional cookies help to perform certain functionalities like sharing the content of the website on social media platforms, collect feedbacks, and other third-party features.
Performance
Performance cookies are used to understand and analyze the key performance indexes of the website which helps in delivering a better user experience for the visitors.
Analytics
Analytical cookies are used to understand how visitors interact with the website. These cookies help provide information on metrics the number of visitors, bounce rate, traffic source, etc.
Advertisement
Advertisement cookies are used to provide visitors with relevant ads and marketing campaigns. These cookies track visitors across websites and collect information to provide customized ads.
Others
Other uncategorized cookies are those that are being analyzed and have not been classified into a category as yet.
Save & Accept